Supply Chain Issues and What We Learned From Tesla 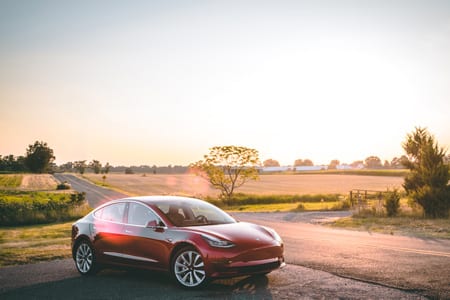 05 Jun Supply Chain Issues and What We Learned From Tesla

What Tesla Teaches Us About Supply Chain Issues

An organization’s supply chain is vital to ensure that the necessary materials, services, and technologies are purchased from the right sources, at the appropriate time, and of expected quality.  Responsible sourcing is becoming an important issue for supply and supply chain management professionals as issues with compliance and ethics become more prevalent.

Supply chain issues become a top priority to companies if they expect to make a profit. Threats such as not meeting demand, delivering past deadlines, and recalls due to quality are not realistically sustainable over the long term. Without supply chain stability, there is no way to ensure consistent speed and reliability.

We look to a popular company in the news, Tesla, for a better understanding of the issues that can occur throughout production. You will typically read about something Tesla related in today’s news, whether it be about the CEO or falling stock prices, but we’re going to shift our focus on their Model 3 car.

In 2016, many were surprised by Tesla’s aspirations to increase the production of its consumer-grade Model 3 electric car to 500,000 vehicles a year by 2020. Their ambitious journey and frequent issues shed light on a very serious matter that many companies are leaving to chance.

In the development of one of its facilities in California, Tesla underpaid over 140 of its workers that were sourced primarily from Slovenia and Croatia. The workers were paid as low as $5 an hour, and not given any due payment for overtime. Though the CEO, Elon Musk, claimed ignorant and opened an investigation into the matter, the damage had effectively been done. These news stories followed reports of supervisors harassing a foreign employee that was injured at work and threatening him to leave the country instead of seeking medical treatment within the United States.

While sourcing was typically focused on the bottom line and creating the cheapest product possible, today, organizations know the risks involved with sourcing materials in a conscientious, sustainable, and ethical manner. While profit is still a focus, we know that this is affected more than ever by brand image and how you’re viewed by consumers who expect a certain degree of morality.

By October of 2017, only 220 of the promised vehicles were delivered, strikingly contrast to the 400,000 consumers that paid to preorder the car nearly 2 years prior.

As supply issues became numerous, the lofty goal of producing 10,000 vehicles a week steeply dropped. In a letter to investors, their expectation for production halved to a rate of 5,000 Model 3 vehicles per week by late Q1 2018.

“The nature of manufacturing challenges during a ramp such as this makes it difficult to predict exactly how long it will take for all bottlenecks to be cleared or when new ones will appear,” said Musk.

One of the largest issues facing Tesla has been their supply of batteries form Panasonic, which remains an issue today since the beginning of their contract in 2014.  There simply is a disconnect between the demand of the Model 3 and how many batteries Panasonic can supply. The Verge reports that they were “plagued by the slow pace and inconsistent quality of battery (and battery pack) manufacturing.”  This was coupled with issues in the Model 3 assembly line automation, making them largely inoperable in the early stages.

This reinforces the practice of choosing a supplier with a proven record and ability to meet your needs. Among many reasons, choosing a supplier requires due diligence in analyzing cost, reliability, sustainability, and compliance to all required standards. Tesla failed in this regard by hoping to save money and have the batteries produced In the U.S. instead of having them shipped from Japan, ignoring the inherent risk of creating a new production site for the supplier.

In a scenario similar to the catastrophic Fyre festival, Tesla learned to not overpromise to the consumer. When selling a product composed of roughly 10,000 individual parts, you need to have 100% faith in your supply chain and production line. Anything less than that is irresponsible. As an organization, you should account for delays in shipment and have enough surplus or another viable source to avoid disruptions to business.

We often see companies attempting to shift the blame towards their suppliers, but the media and consumers tend to call out the selling company. After all, they are the ones that chose to do business with the supplier and should be held responsible for their decisions. Tesla rushed into production before taking the proper time to set up a reliable distribution infrastructure. Contrary to this, Toyota is widely praised for its quality, attributed to the time they invested in vetting their suppliers and ensuring a good supply chain.

In Q1 of 2019, Tesla produced just shy of 63,000 Model 3s, back on target. Though Tesla has not succumbed to failure and is even opening the market for the Model 3 to Europe and China, we can’t help but wonder how many of their problems could have been avoided with proper planning?

Utilizing SupplierWatch, organizations can effectively identify, eliminate, and prevent problems in their suppliers’ processes, management, or products. We enable you to manage third-party risk by first and foremost letting you monitor and manage your supply chain. Upload standards and best practices such as C-TPAT, EAO, NFPA-1600, and Ray Carter’s 10C’s. Perform assessments against these to get an accurate reading of supplier risk and track continuous improvement over time. When considering a new supplier, perform assessments as part of your vetting process to ensure they are below your risk threshold and will help your organization achieve success.

Take a free trial of SupplierWatch or request a personalized demonstration.