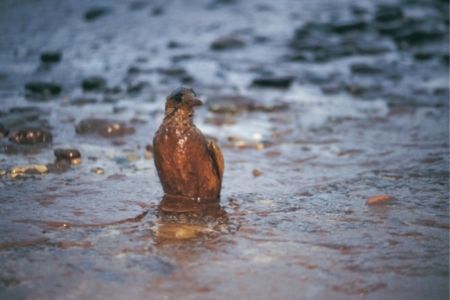 Late last week on Friday, October 1st, a major oil spill occurred off the coast of Southern California. An estimated 126,000 gallons of oil had spread across 13 square miles of the Pacific Ocean, sending government agencies into a frenzy as they joined the clean-up response. The city of Huntington Beach speculates that the spill could be as much as 144,000 gallons – not the worst we’ve seen in the United States, but a serious matter, nonetheless. The oil rig was reportedly operated by Beta Offshore, a California subsidiary of Houston-based Amplify Energy Corporation. Amplify Energy is the owner of the pipeline and reported the leak to state and federal officials on Saturday when it was discovered.

While no official reason has been released as per the cause of the leak, the federal Pipeline and Hazardous Materials Safety Administration stated that a ship’s anchor may have caught and damaged the pipeline. Amplify CEO Martyn Willsher supported the suspicion, stating “The pipeline has essentially been pulled like a bowstring. And so at its widest point is about 105 feet away from where it was. So it is kind of an almost a semicircle.” An anchor that hooked to the pipeline could have indeed dragged the pipeline with the ship, causing the displacement.

As with many catastrophic events, we will see the ripples of this impact as they affect countless other areas. The full extent of damages likely won’t be known for weeks to come. Primarily, there is an immediate negative impact on the environment, causing harm to wildlife and local ecosystems within the vicinity of the spill. Dead fish were seen immediately, and birds were seen coated in oil. See an aerial view of the leak here.

Shorelines and beaches were shut down, impacting businesses in the area near the water or that pull customers from beachgoers. We also can’t help but wonder at the potential long-term impact regarding future laws and regulations. California already has strict regulations in place due to environmental concerns, which have severely limited oil drilling in the state over the past 50 years. Will this be another catalyst for future regulation? Many are calling this a sign to completely stop all drilling within the state.

It remains to be seen if any penalties will be issued for wrongdoing. Scare of financial penalty aside, this instance provides a great example of risk management, for all organizations linked to the oil spill. Use RiskWatch to review and alter business continuity plans for your organization, assess risks to your organization based on location, practices, and industry.