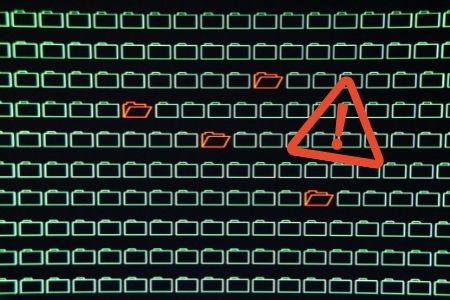 Posted at 15:54h in Riskwatch Blog by Jeremy Fabbri

A network breach, also referred to as network intrusion, refers to a cyberattack or unauthorized activity on your organization’s digital network. This breach typically jeopardizes network security and data.

In today’s data-driven climate, a network breach has the potential for quick and severe consequences that affect millions of people at a time. As technology has scaled and the amount of data processed has increased, the amount of data breaches has scaled as well. For security experts, this is an ever-present threat that needs to be consistently evaluated.

Data breaches occur in every size organization, from small businesses to major corporations. However, when major corporations are not safe, especially tech companies, how can companies with fewer resources expect to be protected?

As an example, in June of 2021, LinkedIn experienced a network breach that resulted in the data of over 700 million users being leaked on the internet. Details included email addresses, phone numbers, genders, geolocation records, and other social media details. This is reminiscent of a network breach that occurred in April of 2019 when Facebook lost information pertaining to over 530 million Facebook users.

Fortunately, proper design and due diligence can work into every risk management plan. In order to proactively protect an organization from network breaches and know how to respond during an incident, cybersecurity/risk management teams need to have an understanding of how network breaches occur and what steps can deter or lessen the impact of a breach.

Computer Virus – one of the most common network security attacks organizations will experience. Viruses are unique pieces of code that are able to duplicate themselves and spread from machine to machine. These are capable of corrupting the system, stealing data, and destroying data.

Denial of Service (DoS) – an attack meant to shut down a network, making it inaccessible to intended users. Often, systems are shut down due to malicious traffic meant to overload them and cause congestion. This creates a great window for attack without detection.

Malware – short for “malicious software” this attack uses files or code in an attempt to gain unauthorized access into a target system. The malware can then corrupt files and data. Moreover, it can affect both internal and external endpoint devices of a network.

Buffer Overwriting – This attack occurs when more data is put into a fixed-length buffer than it can handle. Attackers exploit buffer overflow issues by overwriting certain sections of computer memory on a network device, placing commands that can be used later as part of a network breach. This can be used to damage files or expose private data.

Botnet – A botnet attack is when a network of computers becomes infected with malicious software and is controlled as a group without the owner’s knowledge. The hackers can then send spam, steal data, and enable Distributed Denial of Service (DDoS) attacks.

Computer Worms – this attack is a malicious type of software that can spread from one infected computer to another by duplicating itself. The software can exploit network vulnerabilities and act without any help from external users. Worms take up large amounts of network resources and are able to self-replicate and propagate independently, differing from viruses that need to be triggered by a host.

Trojan Horse Malware – this attack uses malware downloaded from the internet to create network backdoors that give attackers easy access to systems and data. Differing from viruses and worms, trojans don’t self-replicate or infect other files to duplicate.

Ransomware – this attack utilizes malicious software that encrypts all files on a system, network, and server. Once within a network, typically by exploiting weak passwords and other vulnerabilities, the software can lock files until a ransom is paid in exchange for the decryption key.

Phishing – this attack targets an organization or individuals in an attempt to steal sensitive information such as account credentials or financial information, often by sending counterfeit messages impersonating a legitimate person or organization. Malware is downloaded into the victims’ phones or systems once the fraudulent links are clicked.

Common Gateway Interface Scripts – this attack targets an interface between clients and web servers that allows access to network system files. Attackers can add scripts that allow them to access private files via the internet.

After hackers breach a network via one of the methods above or by some other method, many will attempt to conceal their efforts and avoid detection systems. Below are several avenues that can be utilized in combination with a breach attack.

Log Deletion – attackers will delete access logs, attempting to hide what data has been accessed and where it was accessed.

Data Encryption – attackers may encrypt any data that is being copied or stolen, making it more difficult to determine what data is being exported.

Rootkits – attackers may utilize a rootkit, which is software that can modify data structures in the Windows kernel using a method known as direct kernel object manipulation. This allows unauthorized users to gain control of a network without detection.

For an in-depth explanation of any of the topics listed, utilize RiskWatch expertise. We will guide you through assessing your cybersecurity and creating action plans to ensure your network is protected and action plans are in place. With our prebuilt cybersecurity content libraries and streamlined methodology, you’ll easily be able to complete assessments, implement changes, and prioritize your biggest vulnerabilities. Auto analysis and reporting in the platform make management easy, so you can spend less time following up with team members. Overall, organizations can better manage their network risk, increase visibility, and reduce time commitments with the RiskWatch platform.

For a free consultation on any third-party risks or to take a free trial of our risk management platform, click the link below.