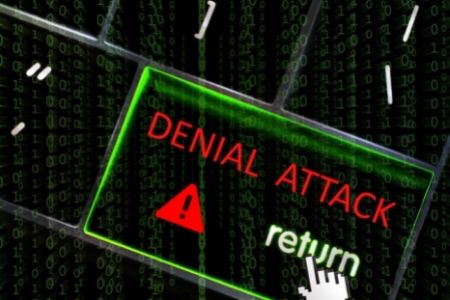 What are Denial of Service Attacks?

Denial of Service (DoS) Attacks are meant to shut down a network, making it inaccessible to intended users. Often, systems are shut down due to malicious traffic meant to overload and cause congestion. This creates a large window for attack without detection. Services affected may include email, websites, online accounts (e.g., banking), or other services that rely on the affected computer or network.

DoS attacks generally have two methods: flooding or crashing servers. When systems receive too much traffic for the server to buffer, slow down, and stop. This is called flooding. More specific types of attacks include the following:

How to Prevent DoS Attacks

Companies and organizations need to take the following steps toward DoS attack prevention and protection.

How to Know if an Attack is Happening

Symptoms of a DoS attack can look like non-malicious activity, such as technical problems with certain networks or systems administrator performing upkeep. The following could be precursors to DoS or DDoS attacks.

Detecting and identifying D0S attacks work best through network traffic monitoring and analysis. NT can be watched via firewalls or intrusion detection systems. It is again, possible for admins to program rules that alert upon detection of anomalous traffic loads.

Fortunately, there are methods to protect agains denial of service attacks. These include:

For an in-depth explanation of any of the topics listed, utilize RiskWatch expertise. We will guide you through assessing your cybersecurity and creating action plans to ensure your network is protected and action plans are in place. With our prebuilt cybersecurity content libraries and streamlined methodology, you’ll easily be able to complete assessments, implement changes, and prioritize your biggest vulnerabilities. Auto analysis and reporting in the platform make management easy, so you can spend less time following up with team members. Overall, organizations can better manage their network risk, increase visibility, and reduce time commitments with the RiskWatch platform.

For a free consultation on any third-party risks or to take a free trial of our risk management platform, click the link below.